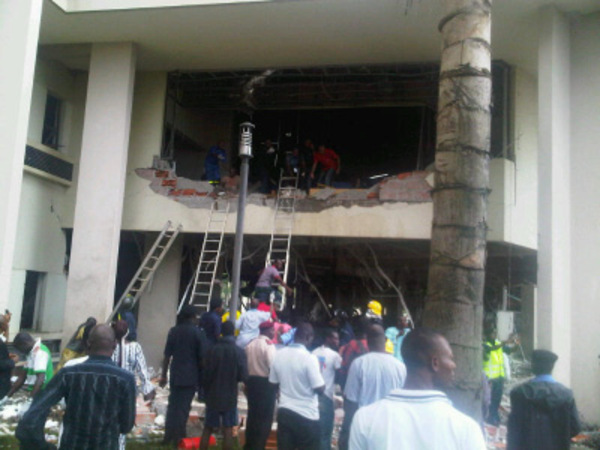 When the first suicide bomb attack occurred in Nigeria at the Police Headquarters earlier in June this year, Nigerians hoped fervently that suicide bombing would be one phenomenon that would not catch-on as a trend or repeat itself. However on Friday 26th August 2011, Nigerians’ worst fears were confirmed as they received the shocking news of the bomb attack at the UN House at the Federal Capital Territory (FCT) Abuja. The blast has so far claimed between 19 and 25 victims, according to various reports, leaving Nigerians once again gripped by shocked, fear, helplessness and a blinding realization that bomb attacks are gradually becoming the norm, and that suicide bomb attacks could be gaining ground.

In the past one year alone, there have been a number of bomb attacks in Nigeria. The most dramatic ones that created nation-wide scare include the blast during the last Independence Day anniversary on Oct 1st 2010, the slew of bombs that were detonated during the April elections in various parts of the country such as Kaduna and Suleja; the recent attack on the Police Head Quarters and the blast at the UN House in Abuja. This is in addition to smaller bombs which have been going off in several parts of the North like Borno, Katsina, Gombe and Bauchi states. With each subsequent attack, the perpetrators have displayed an increasing level of daring, gusto, sophistication and brazenness. From using mainly locally made bombs and small explosives that result in very few casualties and injuries, it appears more sophisticated explosives were used in the attacks on Police Headquarters and the UN Headquarters. 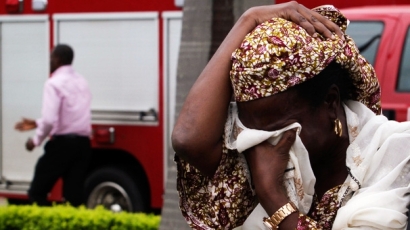 For now, the main suspect is the Yusufiyya movement otherwise known as Boko Haram, the radical Islamic sect which has claimed responsibility for most of these attacks.  Boko Haram whose activities came to the limelight a few years ago has still remained a faceless and highly decentralized group using guerrilla tactics in its offensive against government targets. What is mind-boggling is that so far, with the exception of the group’s extreme aversion to western education, its targetting of government officials and structures, the identity of its spokespersons like Abu Zaid and Abu Dardam and its proclivity for detonating bombs, next to nothing seems to be known about the group’s core activities, it’s structure, it’s hierarchy and modus operandi. That opportunity presented its self in 2010 when the top leaders and financiers of the group were captured, but their  summary extra-judicial execution by the police deprived the authorities the chance of getting crucial information on the group’s activities.

Many Nigerians were initially dumb-founded as to why the UN House — which houses 26 UN departments in the country — was targeted by Boko Haram given that their traditional targets have been local politicians, the police, churches, mainstream Islamic clerics who have condemned them, security agencies and other government symbols and just about anyone else who stands in their way. This attack on UN Headquarters in Nigeria has firmly consolidated Nigeria’s spot on the map of international terrorism, and could be the motivation behind the attack in the first place –  to attract international attention. The target also hints at the links and collaboration with international terrorist networks in Somalia and Afghanistan  which have similarly attacked foreign structures such as the recent attack on the British Council in Afghanistan on 19th August 2011. Boko Haram itself has claimed it has been receiving training in Somalia.

What is most disturbing and gravely worrying is that of all these attacks since last year, save for a few arrests here and there which most often end in a cold trail, no “… culprit has been fished out” and “no perpetrator has been brought to book” as the government usually promises.  Rather in some cases, the attacks have even been politicized depending on which political rival poses the greatest threat and challenge. Nigerians and all aspects of national life are held hostage to criminal elements yet the Nigerian State and the various security apparatuses: the Police, the SSS, the NIA and the NSA have proved grossly incapable of, and unable to protect lives and property, to make use of intelligence to find out about the perpetrators of such acts, their activities and to prevent attacks from happening. In many cases, including the recent UN attack prior information is received on impending attacks by perpetrators who in most cases are more interested in making political statements, yet the security agencies fail to take precautionary measures.  A UN official told reporters that the UN received intelligence last month that it could be targeted by the sect.

The many approaches adopted by the government to contain this calamity that has befallen Nigerians have all come to naught. The initial carrot-and-stick-approach  to reason and negotiate with Boko Haram failed, when the group vehemently rejected any form of dialogue. Similarly, the blitzkrieg approach adopted by the government in sending the Nigerian Army’s Joint Military Task Force (JTF) to the group’s home base in Borno state to contain it hasn’t yielded positive results. Without vital intel information on the group’s activities, leadership and operation, what the JTF incursion has succeeded in doing is ensuring the arrest and possible killing of several Boko Haram group members with many innocent Borno state residents caught in the line of fire and in some cases serving as collateral damage. The alleged killing of innocent citizens by JTF has fuelled resentment amongst many residents who refuse to even help security forces with relevant information on Boko Haram’s activities.

The question remains, what can be done about this quagmire Nigeria has found itself in? Numerous calls have been made for a complete overhaul of the nation’s security apparatuses which are severely ill-equipped; the staff and officers not adequately trained in security challenges of the 21st century; they are characterized by a dearth of intel gathering and a general loss of confidence and lack of trust in these agencies by Nigerians. Obviously, the gross deficiencies of the nation’s security agencies did not start or occur under the present administration, but are a product of systemic decay over several decades, necessitating a whole-scale reform. However, if such reform were to be embarked-upon immediately, in the best-case scenario, the fruits of this overhaul would only become manifest in the medium to long-term of at least 3-5 years and even up to 10 years. Plus, this has to go hand-in-hand with reform in areas such as infrastructure provision and renewed fight against corruption to ensure whatever funds are ear-marked for such overhaul do not end-up misappropriated in the typical Nigerian fashion.

A similar argument is also articulated on the need to provide job opportunities to the teeming unemployed youth who are increasingly becoming angry, disillusioned and susceptible to manipulation and radicalization by different interests. That also falls within the ambit of medium to long-term strategy to deal with the situation. Besides, the new Super Finance Minister, Dr. Ngozi Okonjo Iweala whom everyone has high-hopes of literally turning the economic fortunes of Nigeria has warned that she is no magician, who with the wave of her wand can immediately solve the country’s economic woes and create employment opportunities.

What is critically needed is a short-term approach to the situation. To that effect, the government has stated it would review its strategy and change it’s approach in dealing with Boko Haram based on fresh intelligence which links the group’s activities with powerful influential forces for political reasons. How this will be achieved and what precisely will be done remains unclear at this moment, because as the BBC reports: “when asked by the BBC what he would do about Boko Haram, he (President Goodluck Jonathan) gave no direct answer but acknowledged it posed a threat”. So far, agents from the US Federal Bureau of Investigation (FBI) have arrived Nigeria at the request of the Nigerian government to help with investigations. While that is commendable, it should be noted that critical information can only be provided by local sources who have a knowledge of the terrain and Nigerian environment.

In the face of all these challenges, an urgent and sincere appeal should be made by governments at all levels, involving religious and community leaders for people to cooperate, provide information and report any suspicious activity to the authorities. Information is critically needed at this stage to even understand the group’s operations. The JTF should engage meaningfully and constructively with ordinary citizens whose lives it is meant to protect, so that it can regain their trust.  In addition, intelligence agencies should use such information to infiltrate the ranks of these groups and sabotage them from within.

We need drastic, realistic and concrete measures to combat and halt this disturbing phenomenon. Nigerians hope that very much unlike the Blackberry trend which has spread like wild fire across the country, this is one trend that would be nipped in the bud by the government and security agencies.

4 thoughts on “Are Bomb Attacks Here to Stay in Nigeria?”