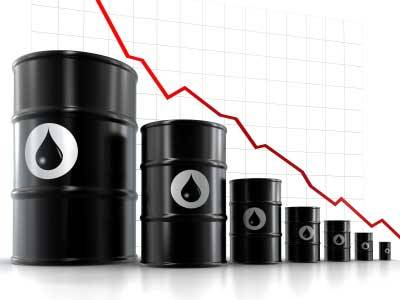 Democratic governments are likely to face two interrelated problems in implementing difficult economic reforms. First, is the unpopularity of these measures among citizens who are likely to shoulder the most burden. Second, is the difficulty in employing a practical approach to implementation. Reforming Nigeria’s money-guzzling fuel subsidy regime, now an urgent matter in the context of dwindling government revenues since 2014, is both unpopular and the practicalities of its reformation are yet to be fleshed out.

Fuel subsidies are considered inefficient in standard economistic thinking, as a……drain on resources that could best be allocated to activity with higher returns. Indeed as former Central Bank Governor, now Emir Muhammad Sanusi II emphasised, it amounts to “subsidising consumption” rather than allocating these resources to infrastructure, education and health, activities that yield dividends as public goods, or even to emulate the United States and China, subsidising production in agriculture or export-oriented manufacturing respectively. Nevertheless, many governments in developing countries subsidise energy consumption, despite its inherent “wastefulness”, because its direct impact on a vocal segment of the citizenry generates a swift reaction in providing or withdrawing electoral support to leaders. Removing subsidies has drawn the ire of the politically powerful middle class which disproportionately benefits from them from Egypt to Indonesia.

In Nigeria, the insidious dependency on fuel subsidies is not only by an increasingly empowered middle class which can vote out governments that dare tinker with them, but extend to the entire economy. Two of the most obvious linkages include the economy’s virtual reliance on petroleum- and diesel-powered generators due to intense power shortages, and the reliance on petroleum for road transportation due to the deficit of reliable mass public transportation systems, especially rail. Therefore, increasing, reducing or removing subsidies affects operations of not only schools, operating theatres, and the 37 million-strong SMEs, but also transportation costs of food, medicine, and other consumer goods, a situation further compounded by the country’s disproportionate reliance on imports. The multiplier effects of fuel prices in general are immense in the Nigerian context, which makes subsidies politically a powerful tool for mass mobilisation by unions and civil society. Attempts by former President Jonathan to remove petroleum subsidy in 2012 led to one of the largest mass protests in the country’s history.

The elephant in the room of course is pervasive corruption which led to the scandalous N2.5 trillion expenditure on fuel subsidy in 2011, over 90% of which was extra-budgetary, strengthening calls for the government to stem the haemorrhaging of scarce petro-dollars. Governments have historically revisited attempts at downstream deregulation when global oil price collapse, yet the public backlash forces a backdown. This leads to the second problem, finding a practical approach to implementation, how best to tow this route without losing popular support at the polls and how to effectively utilise freed-up funds.

President Buhari is currently in this conundrum, a situation made more difficult because unlike his predecessors he is confronted with rapidly declining revenue, faces immense expectations, and unprecedented scrutiny by an increasingly politically empowered citizenry. While former president Obasanjo was able to reduce subsidies despite vociferous opposition by labour and trade unions, in his characteristic overbearing style, the antecedents of former president Goodluck Jonathan’s SURE-P and its absurd duplication of projects undertaken in works and housing, health, transportation and other government ministries in investing subsidy funds  have all exacerbated the low levels of trust in the political class. As the chorus of voices grows louder for both subsidy removal and retention whilst the government enjoys immense domestic and international goodwill, I advocate a phased approach to easing Nigeria out of the subsidy regime taking into consideration three key factors.

First is data, data and data! Nothing serious will be achieved without having fairly accurate figures to replace the wildly divergent guesstimates for everything from actual crude oil production and fuel consumption, to the number of oil marketers and the actual amount spent on subsidies. The argument for replacing subsidies with social safety nets for ‘the poor’ becomes utterly ludicrous when no one knows the actual number of these potential beneficiaries, and thus effective ways of targeting them. One of the rare redeeming features of the train-wreck known as SURE-P was its experiment with conditional cash transfers to a few thousand pregnant women to increase utilisation of health services. Can the current government build on this? Can it expedite the process of issuing National IDs that was commenced along with existing biometric data from banks, telecommunications companies and INEC? Truth is until we know the numbers, no sustainable decision on managing subsidy funds will be made, citizens will continue being distrustful, the government will continue muddling-through and so goes the vicious cycle.

Second is sequencing and synchronisation by locating subsidy removal within the broader context of incremental deregulation of the sector, and synchronising it with other critical initiatives coming on board soon. For instance, subsidy removal can be synchronised with the full distribution of all 4,500MW of power now being generated and transmitted or with the commencement of full operations of the Independent Power Projects (IPPs) in regional hubs like Lagos, Kano and Rivers, and other milestones in the power sector reforms. Importantly, the country’s refineries set to resume operations this month will provide 19 of the 40 million litres of Nigeria’s daily petroleum consumption, while Aliko Dangote’s 500,000 barrels-per-day refinery scheduled to be commissioned in early 2018 will supply the remaining 21 million litres. This means that realistically petroleum subsidy can be phased out before the next elections cycle with minimal pain on citizens.

Third, is the need for transparency in making the numbers available to the public, streamlining the number of marketers and government agencies involved to cut inefficiencies, but also consistency in the anti-corruption drive in the sector. Broadly, addressing the notorious opacity in the oil sector is crucial. In midstream refining operations specifically, reviewing, revoking and re-awarding refinery licenses given to individuals without entrepreneurial acumen is necessary. Importantly, concerted efforts in prosecuting those identified by the Ribadu, Lawan and other reports on subsidy fraud is one of the low-hanging fruits that can restore citizens’ trust and investor confidence.

Clearly, expending billions of naira on fuel subsidies is no longer sustainable, but the dependency on them needs to be addressed first. This is why phasing them out within the context of incremental deregulation, will allow time to put in place systems and structures to cushion the effect on most people, ensure that the funds are effectively and transparently reinvested, and that the government does all this with minimum political backlash. A competitive midstream and downstream oil sector is desirable but making the process of subsidy removal as painless as possible to ordinary Nigerians is the optimal scenario.

5 thoughts on “Buhari should Phase-Out, Not Remove Petroleum Subsidy”